AAF products are proudly made in the USA and shipped worldwide 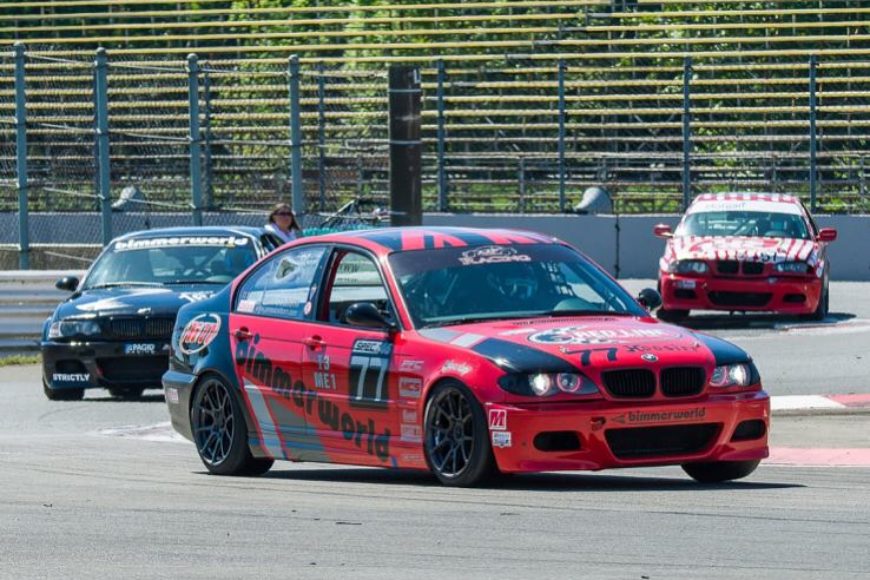 I don’t win sprint races all of the time; heck, it took me 40 PRO3 races to get my first victory! That’s why this past weekend’s SE46 (T3) win at the SCCA Majors race in Portland meant so much to me. It was a drive I’m particularly proud about.

Coming into this race I’d finished 3rd the day before. The winner – Andrew Newell – seemed unstoppable this season as he’s won every race he’s entered in SCCA. Add to the mix Andrei (in the cinnamon Tic Tac car) who was flying (and on pole) and this was going to be quite a battle.

I’d spent the early part of the morning talking to friends and mentors about making a change to the car. I felt I had enough to take 3rd again but needed a little more to compete for the win. A few changes implemented and at 10:30am I was fired up to race.

Things started out the same as the day before. Andrew, Andrei and I were close for the first 10 laps or so with me in 3rd. Then, around lap 12, while passing a slower car, Andrew seemed to brake too late, Andrei followed and also over-slowed and I managed to nip around the outside of the exit to the chicane to take the lead.

What followed were the 16 laps that I was happiest with. It was intense and FAST. First lap or two after taking the lead, there was Andrew right behind me. I had self confidence but so was the self doubt with the realization that the most successful driver of the year was behind me. A lapped car in the right place would give me a gap; time to breathe. Then I’d see a puff of dust from Andrew through the chicane and I knew he was trying hard but not gaining. As the laps went by the gap stayed the same giving me more confidence I could pull off the win. A few laps from the end I was at Start/Finish and Andrew was coming under the bridge (Portland folks will know what I mean) and I knew I just had to keep it clean. With Hank Moore in my ear guiding and coaching me the whole way the final lap took forever to come but it did and I came home to take the win.

I’m always cognizant of the fact I’m in a fortunate position to have folks like Hank Moore and AAF to support me. This being said, I have to say that whether it’s a family member, a friend or someone like Hank on the radio; having someone calm your nerves, feed you information and remind you to hit your marks is such an advantage. I am always so grateful to him for being there.

It feels fantastic to win and to everyone who has helped, encouraged, coached and supported me, a huge thank you!

Here are the race highlights.